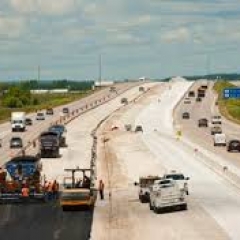 New Hwy. 407 East Extension is a Road Paved with Opportunity for Durham

In a few short weeks, or perhaps even days, a uniquely Durham transportation corridor -- the Hwy. 407 east extension -- will be coming online. Along with the requisite cars, trucks and commercial vehicles, the new expressway will also carry the hopes of a much-needed economic boost for Durham.

Phase 1 of the new Hwy. 407 east extension is set to open from Brock Road in Pickering to Harmony Road in Oshawa -- encompassing 22 kilometres of road -- as well as Hwy. 412, a 10-kilometre north-south highway that connects Hwy. 407 to Hwy. 401. The final phase of the Hwy. 407 east extension, which will carry the highway from Harmony Road in Oshawa to its terminus at Hwy. 35/115, will be concluded by late 2019. Part of the final phase is the construction of Hwy. 418, another 10-kilometre link from Hwy. 401 to Hwy. 407, which runs along Holt Road in Clarington.

In addition to relieving traffic congestion, which is all-too real for Durham daily drivers saddled with the slow grind of traffic in and out of Toronto on Hwy. 401, local politicians and bureaucrats are hailing the newest east-west traffic corridor as a conduit to greater prosperity within the region.

No one is more convinced of the new Hwy. 407 east extension as an economic generator than Pickering Mayor Dave Ryan. At a recent Ajax-Pickering Board of Trade meeting, Mayor Ryan espoused the highway as a means to creating a “transportation and logistics powerhouse” in Durham Region.

“With the 407 expansion, this intermodal hub would then have easy access to the Durham airport in Pickering, the 800 acres of employment lands in Seaton, the large commercial centres of Markham and Vaughan, and also Pearson airport and its business parks,” said the mayor.

According to Kathy Weiss, director of economic development for Durham Region, the highway will facilitate economic growth by providing a much-needed high-capacity transportation system. Further, the Hwy. 407 east extension will provide direct access to the proposed Pickering airport, if and when it is built.

“This is all in addition to the creation of thousands of construction and engineering jobs,” added Ms. Weiss.

In her experience, Lisa Hausz, manager of business development and marketing for the Town of Ajax, said transportation options are front-and-centre for companies looking to set up shop. “They’re looking for land, labour and transportation,” she said.

The Hwy. 407 East extension carries a price tag of $1.2 billion and is one of the most ambitious construction projects ever carried out by the Province. Commuters can use it free for the first few months before tolls kick in. And, Provincial officials are promising those toll rates will be lower than those charged by 407 ETR (Express Toll Route), which is owned by a private consortium after it was sold by the Province in 1999.

The Province, not to mention local Durham leaders, hope the old quote ‘If you Build It, They Will Come’ will hold true for the Hwy. 407 east extension, attracting more business and putting Durham solidly on the road to more economic progress.